I know I haven’t posted in a while. Most of this is beacuse I was preparing my talks for PSConfEU and other events lately.
Besides our regular PPoSh Meetups (which you can find here) I was invited to give a talk for SysOps DevOps Polska about Checklists and how it can be sexy. It was a great experience. I really recommend their meetups. If you’re interested, a recording can be found here. Pawel Jarosz was there too with a tough subject - Windows 2016 and Hyper-converged cluster - more information on his blog.

A few words about PSConfEU

I was attending PSConfEU conference both in 2016 and 2017 and boy, this is the greatest conference one can imagine. Not only about PowerShell - it spans across many areas of interests. For me - this is the most welcome community of heartfull people I’ve ever met. No matter their skill level - they’re willing to sit with you for a while and help you with a problem. You can approach them during the event in Zoo and have a chat about literally anything. There are so many great people there that if I would like to mention them here - I would just have to rewrite list of all the speakers.

In 2016 I was there with 4 of my co-workers. When we met Jeffrey Snover something clicked. 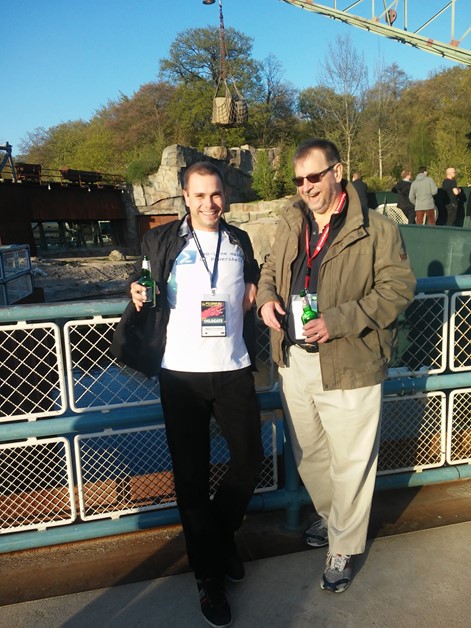 After the first conference, at the end of 2016 I’ve sent my two talks, hoping that I will have the privilege to go there as a speaker. Well, I wasn’t amongst the speakers. I went there as a delegate and it was even better than in 2016. 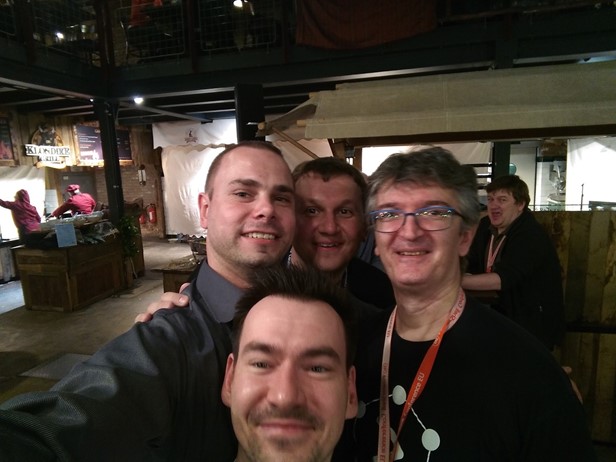 (Here’s our trio with an amazin Aleksandar Nikolić)

Together with Tomasz Dabrowski and Pawel Jarosz helped by an amazing Kasia Pieter - we’ve started Polish PowerShell User Group. We had our first meetups just before PSConf 2017. When we’ve captured Jeffrey Snover to make a selfie - we hoped that mybe some day he will come visit our small group.

Well, I’ve tried sending my talks again in 2017. I’m a stubborn person. To my surprise, some Friday afternoon I’ve received an email from Tobias saying - I am invited as a speaker. My two talks - OVF and Release Pipeline - were accepted.

Seems this was a magical point - shortly after this, I was invited to mentioned earlier SysOps DevOps meetup. We were invited to GeekWeekWro as a PPoSh and decided we do a Release Pipeline talk together with Tomasz Dabrowski. That was a very good meetup. Lots of great conversations followed.

We’re preping for PSDay.PL and in the meantime, Jeffrey Snover himself asks us if we have any local user group he could visit. Well after a few tweets - I was very happy to hear that Jeffrey will come to Wroclaw shortly after PS Conf EU 2018. More details here. As a follow up, we will also be in Warsaw with PEPUG - right before Microsoft Tech Summit. 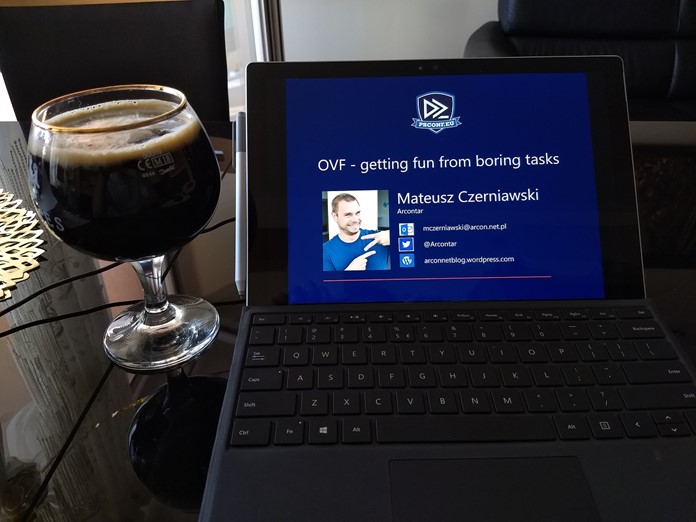 I am totaly freaked out, nervous yet determined to deliver two talks:

OVF - getting fun from boring tasks- Remote testing, monitoring and reporting the state of your infrastructure can be automated!
And
Release Pipeline - the PPoSh Modules Story - How an average Ops can benefit from mysterious Release Pipiline.
Tomek agreed to do the second talk again with me.

Keep your fingers crossed that I won’t screw it up! :) See you at the Best Conference in the World!